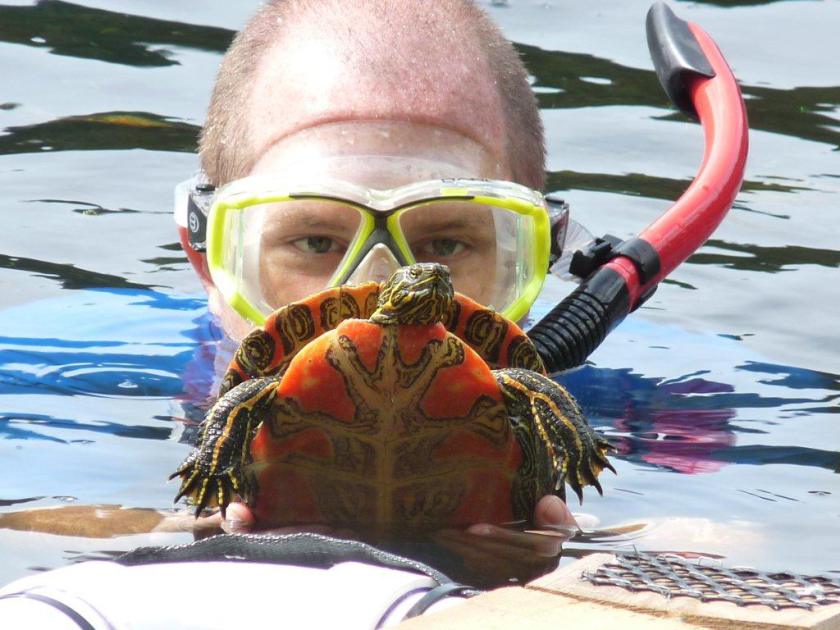 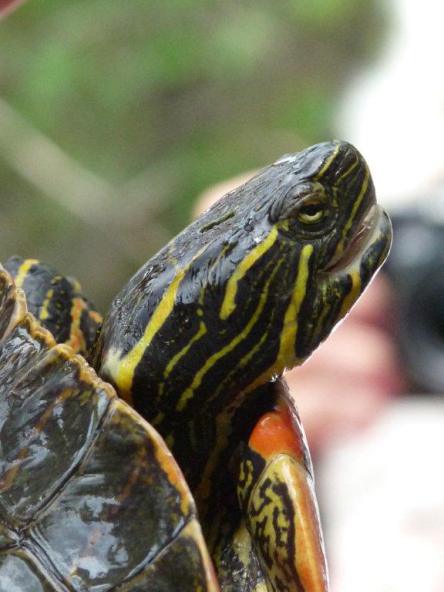 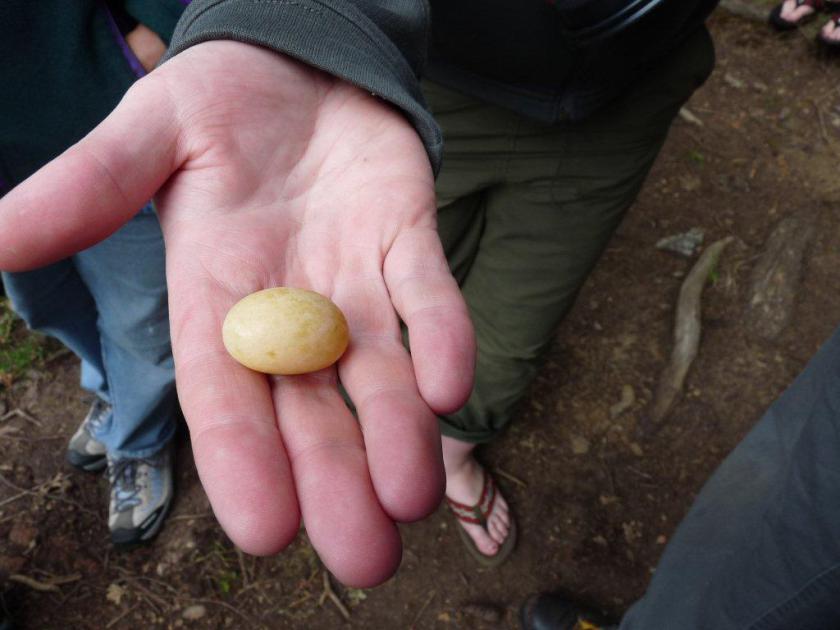 Nine of us gathered at the Lucky Dollar Store in Van Anda on Tuesday to meet with Vanessa Kilburn, South Coast Western Painted Turtle Recovery Project Leader.  She led us along the mossy trail to Emily Lake, also known as Turtle Lake.  There we watched as one of her assistants snorkelled over to some unsuspecting Western Painted Turtles basking on a log on the other side of the lake and caught a female to show us.  We admired her pretty red plastron and wondered if the dark brown patterns on it had inspired First Nations art work.  Vanessa and Aimee Mitchell, Provincial Government biologist, then produced a Slider and showed us the differences between the two species.

As the Painted Turtle had already been through their process they released her back into the water and we watched her swim right back to where she had been caught.  Then they weighed, measured, and notched identification marks on the slider which had a distinctive red mark behind the ear and a yellow plastron.  After examining a leathery turtle egg, we walked round the lake to where the nests were right in the middle of a swimming area.  Tim Atwood, Coordinator of the Texada Stickleback Group, joined us and pointed out benthic sticklebacks swimming close to shore.  We did not see any of the smaller limnetics.  After lunch we drove over to Shelter Point and sat on the logs to enjoy the sunshine before catching the 3pm ferry home.

Field Trips – a few years worth…