We were the only boat at Chatterbox Falls – H. Harbord photo 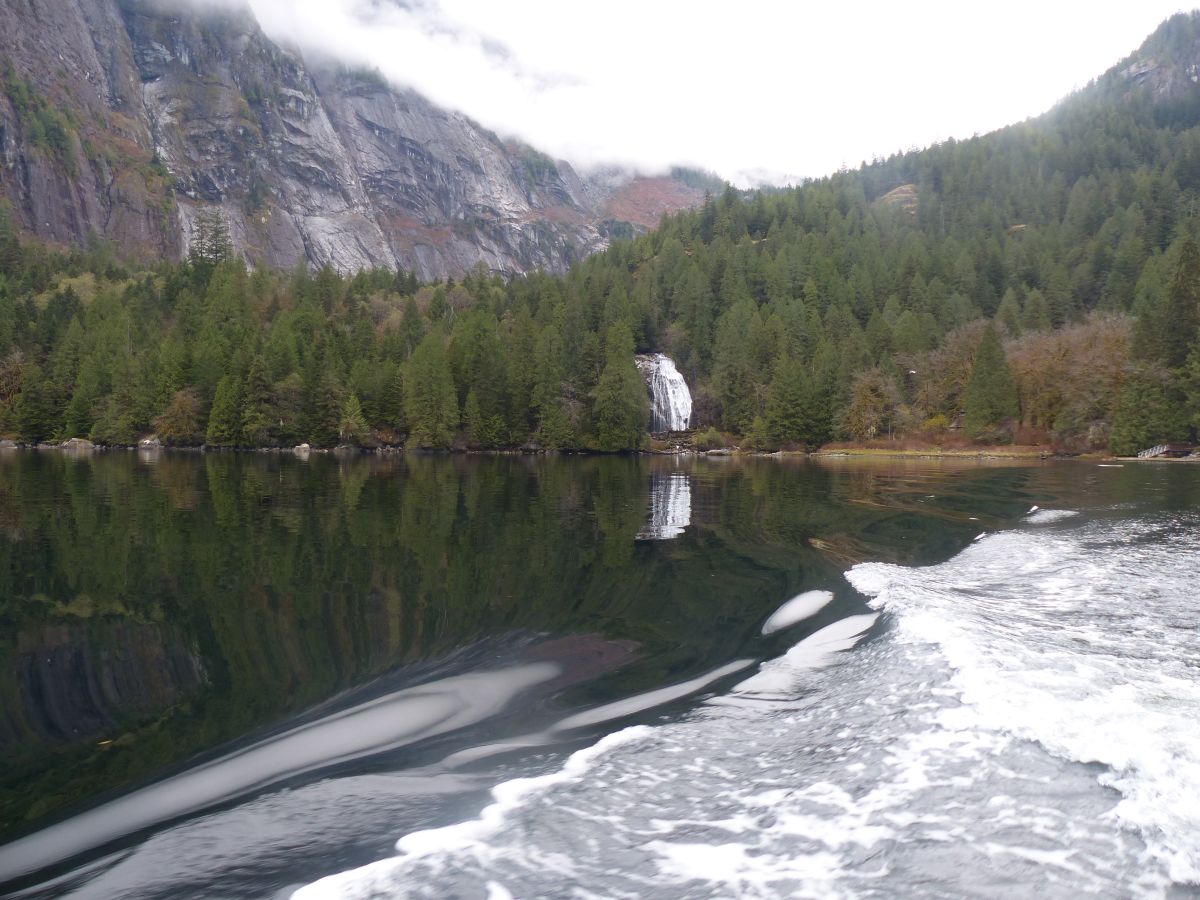 Eleven of us boarded John Dafoe’s comfortable power boat at the government dock at Saltery Bay.  As we drew into Hotham Sound,  we saw the hump and dorsal fin of a humpback whale.  As we lingered to watch several of us got good pictures of the fin, the blow and the tail.

At 18 knots we proceeded into Jervis Inlet past sea lions, seals and marbled murrelet pairs.  John pointed out features of interest including  pictographs, hanging valleys and a high cliff of vertical rock strata.  We saw one goat chewing the cud high up on Marlboro Bluffs.  At the inner end of the rapids into Princess Louisa Inlet, there was a large group of several hundred Barrow’s Goldeneye ducks.  Malibu Camp was our first stop.  After a tour of the beautifully constructed log cabins we reboarded the boat and found ourselves the only boat at the Chatterbox Falls.  (In summer boats are four deep all along the 100 meter dock).  The moss on the trees on the trail up to the falls was spectacular as the atmosphere there is always moist.

On the way back down Jervis Inlet, the sun peeped through the clouds letting us see the snow-covered tops of some mountains.  The trip ended with a run out to the McRae Rocks off Frolander Bay to see the sea lions.  As we left the two-days old new moon appeared.

Field Trips – a few years worth…